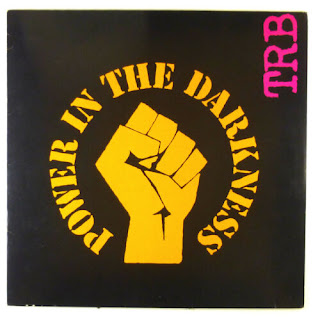 In the past, Love That Album has avoided getting political. The albums being focused on for the most part didn't require the conversations to get embroiled in the very furnace that keeps people blathering on talk-back radio and social media – mostly in uncivilised fashion.

That all changes for this episode. If you don't like talk about what a pack of knobheads (I use less polite terminology on the show) fascists really are and the political masters who enable them....you might wanna skip this show.

Otherwise......welcome to episode 156 of Love That Album.

It seems like we're still in a dark era for humanity with wars and bigotry continuously being part of every day life across this broken planet. In England back in the 70s, the National Front were gaining supporters from both ends of the class system. There was a very real chance that their racist ideology was going to be allowed into mainstream government – not just staying in the fringes of society. The Rock Against Racism movement was born to fight this ideology – particularly after the likes of Eric Clapton and David Bowie started saying things in public that would have been frightening to immigrants and Holocaust survivors.

It was into this environment that songwriter and activist Tom Robinson brought his music into the public arena. He and his band (aptly named The Tom Robinson Band) brought a tough combination of pub and punk rock mixed with unambiguous lyrics explaining that if people didn't confront the fascists, then life as they knew it was over.

I am privileged to be joined by podcaster and punk historian Tom Austin-Morgan to discuss the debut album by the TRB, Power In The Darkness. The album is confronting lyrically, but Robinson is smart enough to know that if you back up your messages with catchy hooks and singalong choruses, you'll have a better chance of getting your message across. Tom and I discuss Tom's music in a broader sense, but the necessity is that we have to discuss the political environment of England in the 70s to give the album context. We really couldn't have done the album justice without providing the history.

I'm super grateful to Tom for providing his time and expertise. I highly recommend his excellent show “Banned Biographies”. The show focuses on the history of the original era of British punk – both by documentary style episodes and interviews with those who were there. Trust me – you need this show in your life. You can find it at all the usual places you get podcasts, or you can find it at https://www.bannedbiographies.com/ You can check the show's socials out at:

Download this episode of LTA from your podcast app of choice.The wider back catalogue of episodes can also be found at http://lovethatalbumpodcast.blogspot.com

Love That Album is proudly part of the Pantheon Podcast network. Go to http://pantheonpodcasts.com to check out all their great shows.

You can send me feedback at rrrkitchen@yahoo.com.au (written or mp3 voicemail) or join the Facebook group at http://www.facebook.com/groups/lovethatalbum

If you’d consider writing an iTunes review I’d be immensely grateful. However, it’d be even better if you told a friend about the podcast and Pantheon – at a barbecue, over coffee, on social media….whatever way you choose, consider me grateful.

Posted by rrrkitchen at 4:46 AM

Email ThisBlogThis!Share to TwitterShare to FacebookShare to Pinterest
Labels: 2-4-6-8 Motorway, Banned Biographies, Glad To Be Gay, Power In The Darkness, Punk, Rock Against Racism, Tom Robinson

Episode 81 - The Flesheaters and Cows

Episode 60 - The Livingstone Daisies & The Grapes

Episode 50 - Beneath The Planet of Shooting the Shit

Episode 41 - Son of Shooting The Shit

Episode 2 - Not quite John Hiatt

Bonus Episode - Compilation Series - Love That Album: The Compilation Edition Episode 47 - It Came From The Eighties

Bonus Episode - Compilation Series 8 - Acid Off (The Ramones & The Hellacopters)